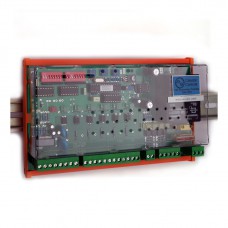 Load sequencing controllers are used to split a process heating system into smaller stages which are switched on in sequence as heating demand increases. This is an effective means of reducing perturbations on the electrical supply caused by switching a large load. The Logic version of this load sequencer is designed for use with 6 thyristor controlled stages.